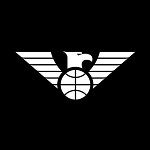 The Eagles are officially the most successful professional sports team in the North East and additionally have been named the most successful franchise in British basketball history. In 2005-2006 and 2011-2012 they won every trophy on offer in a season.

The season runs from September to May with home games on Friday nights at the stunning new purpose built Eagles Community Arena on Scotswood Road. The 2,800 seater venue has 300 parking spaces available and is easily accessible by public transport being situated just outside Newcastle city centre.

Join several thousand Eagles fans cheer on the Men in Black as they continue their trail for even more glory!

The Retreat at Newcastle College

The Valley Climb Newcastle is a state of the art bouldering gym on the edge...

Fireworks Display at Blue Flames 2023 has yet to be announced - please return back...