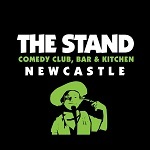 Built on the success of sister venues in Edinburgh and Glasgow, regarded by many as the best comedy clubs in the country, The Stand Newcastle is already recognised as one of the best venues in the North East for comedy, by punters and comedians alike. Offering comedy seven nights a week and attracting some of the biggest names in comedy while supporting new local acts, there’s something for everyone. The Weekend Shows (Thurs – Sat) feature 5 acts over a 2 hour comedy showcase and Red Raw every Wednesday is where new comedians get to test themselves in front of a packed audience.

The Stand Bistro is open every day and has established itself as one of the best places to eat in Newcastle city centre. Seasonal menus featuring the best locally sourced ingredients create tasty food at affordable prices. There is also a lovely, relaxed and enclosed courtyard where you can sit in the sun and enjoy a scone too. So whether you want a delicious meal, light lunch or just a cup of tea and a chat, The Stand Bistro is for you

Events at The Stand Comedy Club

Joe Wells: I Am Autistic

A new arcade bar that combines nightlife vibes with retro games is coming to Pilgrim...

The Customs House - Arts Centre in...

The Customs House in South Shields offers arts and entertainment for all, with a focus...

Dates for 2023 are yet to be confirmed. Please check back for more information. Fenwick...

My Therapist Ghosted Me

One of Newcastle's oldest and best loved real and craft ale pubs, The Free Trade...

Claiming to be Newcastle's most sumptuous pub venue, this city centre pub can be found...

The Holy Hobo is a popular Jesmond hotspot, where you're promised good vibes, great food...