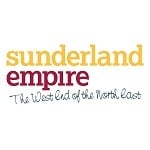 Sunderland Empire attracts season after season of record-breaking, smash-hit West End musicals, ballet, theatre and cutting-edge comedy as well as hosting its annual panto. Some of the biggest productions on tour have performed at Sunderland Empire including War Horse, the RSC's Matilda, Wicked and Phantom of the Opera and their calendar of events continues to grow every year, with some amazing shows lined-up over the next 18 months.

Visitors can experience live theatre in the opulent surroundings of Sunderland Empire's lavish venue and is less than 30 minutes from Newcastle city centre when travelling by Metro.

The Box Office is open 90 minutes prior to performances.

Motown's Greatest Hits: How Sweet It Is

Dance the Night Away

Walk Right Back: The Everly Brothers...

The Serial Killer Next Door With Emma...

If you’ve ever dreamt of loading up your pizza with inventive toppings such as mac...

The producers of ‘Hairspray’ and ‘Priscilla Queen of the Desert’ have joined forces with directors...

An Evening of Burlesque

The international, award-winning smash-hit musical THE BODYGUARD is back! Starring Pussycat Doll, and multi-platinum Grammy...

A well-known club for nightlife, Rusty's bar has a fun and welcoming vibe, making it...