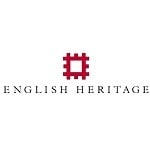 English Heritage on Hadrian's Wall attraction Corbridge Roman Town is open to visitors looking for a fascinating day out. Tickets are available to book now.

The wonderful and evocative remains of a Roman garrison town, with a fascinating array of excavated finds in its site museum.

Corbridge Roman Town is the only place in Britain where you can walk along the original surface of a Roman high street, flanked by the excavated remains of granaries, a fountain, markets, workshops and temples.

In the site museum discover a fabulous array of finds from the Roman town, including the famous Corbridge lion carving.

A display showcases the Corbridge Hoard, one of the most significant finds from Roman Britain. Buried in the early 2nd century and rediscovered in 1964, this chest contained an extraordinary collection of weapons, tools and personal possessions. Most importantly, it also included articulated Roman armour. Explore the Hoard in a touch screen display. One of the North East's most prominent landmarks, Penshaw Monument was built in 1844 in...

Situated within The Gate, Selfie Central is one of the UK's only interactive, pop-up selfie...