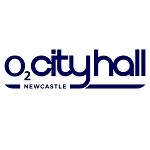 O2 City Hall Newcastle prides itself on showcasing the finest acts from around the world, be it Rock, Pop, Comedy or Musicals the biggest names in the business play the City Hall.

An important part of Newcastle's entertainment history O2 City Hall Newcastle (formerly Newcastle City Hall) welcomes not only major stars in the world of music but also proudly hosts the best in comedy, performance and talks from Jimmy Carr, Chris Ramsey and Sarah Millican to Rob Beckett, Bill Bailey and many more acts. Keep your eyes out for the stellar line-up of acts coming to O2 City Hall Newcastle this year including an eclectic mix of popstars and music maestros Hozier, Jools Holland and Lighthouse Family.

The popular venue opened as City Hall in 1927 as part of the redevelopment which also included the City Pool and hosted concerts by major British orchestras, local choirs and societies for almost 40 years.

Open all year round. Check website for the timings of specific events.

The Good, the Bad and the Rugby - Live

Making Waves: A Festival of Sound

Discovery Museum invite you to explore Making Waves: A Festival of Sound running until 2...

Experience the bestselling Bee Gees soundtrack live on stage at The Theatre Royal in this...

The Holy Hobo is a popular Jesmond hotspot, where you're promised good vibes, great food...

Bohemia is a new bar and nightclub in Newcastle city centre. On the site of...

We Will Rock You

The worldwide smash hit musical by Queen and Ben Elton returns to the UK. The...