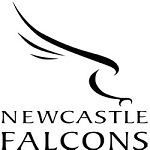 Newcastle Falcons rugby team have been at Kingston Park Stadium, their current home ground, since 1990 when they were still known as Newcastle Gosforth. Since the professional era Kingston Park has expanded several times and now has a capacity of over 10,000, and is known for its brilliant and friendly atmosphere.

The Falcons won the Premiership title in the 1997-98 season and the Tetleys Bitter Cup in 2001, and former players include Rob Andrew, Doddie Weir and world cup hero Jonny Wilkinson. Sports fans looking for things to do in Newcastle should head to Kingston Park to experience live rugby in action. A great alternative night out, Friday matches in particular are a brilliant and sociable event for anyone who enjoys the exhilaration of nail-biting, live sport.

Celebrating 18 years at the Theatre Royal, Danny Adams stars as Pinocchio in a spectacular...

LA Tours offer a range of personal touring services around the North East. Tours include...

CatPawCino provides a refuge in the city where you can relax over a cuppa and...

Brand-new nightclub The Lofts joined the Newcastle nightlife scene in August 2021. Based beside The...

Situated on the South Shields coastline, Ocean Beach Pleasure Park is a great experience for...