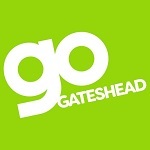 Gateshead International Stadium is the third largest stadium in Tyne and Wear, with a capacity of 11,800 people.

The stadium has been, and still is, host to many great national and international sporting events, including athletics, rugby and football. Five world records have been set at the stadium, including two by pole vaulter Yelena Isinbayeva and a tied 100 metres record by Asafa Powell in 2006.

Gateshead International Stadium is also part of GO Gateshead, one of the region’s leading gym, swim and exercise class providers.

The centre offers fantastic facilities, including:

Experience Newcastle and Gateshead in a truly unique way and glide up the River Tyne...

Sir Ranulph Fiennes will be visiting the Tyne Theatre &amp; Opera House this November with...

This modern world does not always seem the place for men of style and vigour...