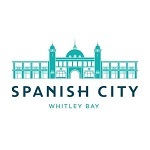 The Spanish City is a dining-and-leisure centre in Whitley Bay, a seaside town in North Tyneside. Erected as a smaller version of Blackpool's Pleasure Beach, it originally opened in 1910 as a concert hall with restaurants, roof garden and tearoom.

In 2018, Spanish City reopened following a major restoration project that saw its historical features brought back to their former glory and included the introduction of new restaurants including Trenchers, an award-winning fish and chip shop, a high-quality steak and seafood restaurant, tearooms, event space and even a Champagne bar.

A small independently run coffee house based underneath the Tyne Bridge just off Newcastle’s picturesque...

Housesteads Roman Fort on Hadrian's Wall is open for visitors looking for a day out...

If you love to shop and enjoy a great day out Dalton Park is just...

This science themed coffee shop and restaurant brings something totally different to the Newcastle food...

Our restaurant is located in the heart of Eldon Square. It’s a two-floor, spacious eatery...

Occupying a beautiful, listed building on the end of Collingwood Street, The Continental has a...