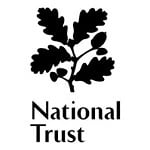 One of the North East's most prominent landmarks, Penshaw Monument was built in 1844 in honour of the first Earl of Durham, John George Lambton. Presented to the National Trust as a gift in 1939 by the 5th Earl of Durham.

Most sources suggest that it is a half-sized replica of the ancient Temple of Hephaestus (god of fire) in Athens, Penshaw stands magnificently above the city on a limestone hill with spectacular views as far afield as Durham Cathedral and the North Pennines.

Nearby woodland can be explored via a network of footpaths, perfect for a stroll in any season.

The Brownie Bar cafe on Chillingham Road in Heaton, Newcastle is available for click and...

Hidden away amongst 450 acres of fine park and woodland in mid-Northumberland, Linden Hall is...

Central Arcade in the heart of Newcastle city centre is a must-visit tourist attraction which...

Details for Heritage Open Days 2023 are yet to be announced. Please check back for...