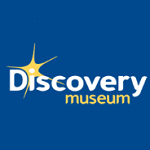 In this new exhibition Discovery Museum shares recently uncovered stories of Tyneside women, and the stories of people who came to Tyneside from the African and Caribbean diaspora during the Second World War.

The stories of local women from Tyneside have never been known publicly and are the result of new research. Discovery Museum has been working with the Imperial War Museums (IWM) to deepen the knowledge of the lesser known stories of people in Tyneside from the Second World War, before they are lost forever.

The Wonderful Women of Gibside

Strong women have been hugely significant in the history of Gibside, from Lady Elizabeth Bowes...

Winner – most outstanding show, melbourne international comedyFestival 2022 How about a nice little hour...

Batch Bakery and Cafe's opened its doors in Jesmond in 2015, and ever since have...

The Forth on Pink Lane in Newcastle is a popular pub - much-loved by locals...

Pleased To Meet You is a stylish, contemporary gin bar and restaurant nestled along the...

Call in at Hugo Brasserie when you stroll down to Newcastle Quayside. The brand-new restaurant...

Dom Martin, a 28-year-old Belfast born singer-songwriter, has recently burst onto the UK scene amid...