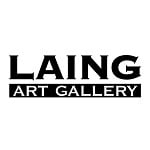 Unusually, when the Laing Art Gallery first opened in 1904, it didn’t have a collection. Alexander Laing, a successful beer, wine and spirit merchant, first offered to build an art gallery in a letter to the Newcastle Corporation in 1900. Although not an art collector himself, Laing was confident that local people would support the Gallery and donate art. The Gallery’s first curator, C. Bernard Stevenson, was known to joke that he might need to resort to exhibiting the wood shavings left by joiners preparing for The Special Inaugural Exhibition of British and Foreign Artists. However, the show was such a success with visitors (from near and far) that the Council decided that a permanent collection, with a similar focus, was the way forward.

Laing’s trust in local people was rewarded and from those early days the Gallery benefitted from a number of important gifts and bequests from prominent industrialists, public figures, art collectors and artists. National galleries and museums continued to lend works, and, three years after opening its doors, the Laing began to purchase art. In 1907, Stevenson bought the Gallery’s first five paintings, one of which, George Clausen’s The Stone Pickers, remains a favourite with visitors today.

Over the last 100 years, the Laing’s curators have continued to develop the collection, and it is now a Designated Collection, recognised as nationally important by Arts Council England. This display includes artworks by both notable and unknown artists (many of whom should be better known). Many of the artworks reference our locality and landscape. Overall, the display reveals a snapshot of the time and place the artworks were made, and who they were made for. At the same time, it gives a glimpse into the intertwined relationships of British and international artists, art movements, media and subject matter.

History Walk - the Story of Gibside

Hear the compelling story of Gibside's rise and fall and explore the estate where you'll...

Pause and enjoy a dramatic reimagining that shows how seven Roman altars in the Hadrian's...

Nurture Nest - Among the Animals

This session is for babies who haven't learnt to crawl yet. It is an opportunity...

We have an INSANE event planned with lots of glitter, glam & confetti and we...

Joe McElderry returns to his home town theatre for an evening of entertainment. If you’ve...

Come Wine With Me - Antipodean Tipples...

Australia & New Zealand are producing some of today’s most popular & certainly most interesting...

Booking is advised, with a limited capacity of drop in spaces on the door.Play +...

For over 900 years, Newcastle Cathedral – originally the Parish Church of St Nicholas –...

Explore the exciting new and complex cuisines from the Hawaiian Islands in the heart of...

Come along for this very special Make Music tutor concert! Join us and see all...