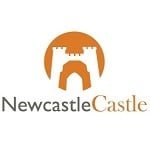 Join us in the comfortable Harbottle Suite for another of our Winter films. This week, we have The Polar Express (2004).

This is a fully accessible screening lift and toilet access.

The Polar Express (2004) tells the story of a young boy who, on Christmas Eve, sees a mysterious train bound for the North Pole stop outside his window and is invited aboard by its conductor. The boy joins several other children as they embark on a journey to visit Santa Claus preparing for Christmas. The film stars Tom Hanks, also one of the film's executive producers, in multiple distinct roles, with Daryl Sabara, Nona Gaye, Jimmy Bennett and Eddie Deezen in supporting roles.

The film will take place in the Harbottle Suite of the Black Gate. This venue is fully accessible. Doors will open at approximately 18.00, with the film starting at 18.30. We cannot guarantee entry after the film has started to avoid disruption.

Write your list to Santa in the cosy Elf Room at Seve Stories and snuggle...

Alnwick Round Table Fireworks 2023 has yet to be announced - please return back later...

Life is an amazing science centre in the heart of Newcastle upon Tyne where one...

Fenwick: Storytime with the Elves

Grab your snuggliest blanket, your tastiest snack, and settle in for a very joyful Christmas...

NYE fireworks will not take place this year, and have been replaced by The Lasers...

The Grinch in the Grotto

Visit The Grinch and Cindy Lou at The County Hotel's Grotto. Celebrate the Christmas season...

At the Laing Art Galley there's always something to keep everyone entertained and informed, from...

The Lily Tree Bakery is 'Free From' bakery shop in the heart of Heaton offering...