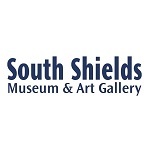 Pushing the Boat Out : Shipbuilding and Ship Repair in South Tyneside

This exhibition will tell the proud story of shipbuilding, ship repair and associated industries in South Tyneside, from early wooden vessels through to the heyday of mighty ships of iron and steel. A flotilla of exquisitely detailed ship models, including loans from the National Maritime Museum, will be on show alongside shipyard workers’ tools of the trade and many nostalgic photos. Artworks by Peter Burns, himself a former shipyard plater, will be paired with a brand new series by the legendary South Shields artist Bob Olley, inspired by shipyard trades, on show for the very first time. This very special exhibition will also share the personal stories of people who were involved in shipbuilding and ship repair, following on from a major oral history project to capture memories of the yards and docks of South Tyneside.

Marc Chagall: David and The Lion

Marc Chagall was one of the most popular and distinctive artists of the 20th century...

In its twentieth year as a free admission art gallery in Gateshead, BALTIC partners with...

Story of the Tyne

Story of the Tyne will close temporarily until 8 June 2022 for essential works taking...

After a lengthy, multi-million-pound restoration, Newcastle's City Pool and Turkish Baths are both now fully...

Open: During museum opening hoursVenue admission charge applies. Find out more.Discover what life at the...