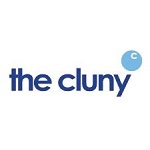 The Cluny
The Cluny

Since releasing their first album There Is a Bomb in Gilead in 2012, the Alabama band has built a reputation as being what NPR calls punks revved up by the hot-damn hallelujah of Southern rock who carry on the Friday-night custom of burning down the house, a raw live sound that they captured with Texas punk producer Tim Kerr on studio albums Dereconstructed (2014) and Youth Detention (2017) before recording a full-on live album at their favorite hometown dive, Live at the Nick (2019).

Their work has come to be known, too, for Bains's lyrics and their literate, incisive social commentary on the band's beloved homeplace, leading him to publish poetry in the New Yorker and speak at universities from Mississippi to Sweden. Bains can also be found collaborating with artists like Lonnie Holley and Swamp Dogg, lending his bombast to truck-bed protests of Donald Trump and Roy Moore, playing benefit shows for striking Alabama coal miners and Southern Black LGBTQ liberation organizations, and presenting gospel-music live streams for Birmingham and Atlanta food banks.

While they have spent a decade propagating what the New York Times calls pandemonium with a conscience, in recent years, as the band drove their 400,000+-mile van between shows, they found themselves listening to records that were more produced, arranged, and textured than their own past work, to records that struck them as timeless and immense. On many bleary-eyed interstate drives, they talked about wanting to make a classic record. They talked about working with a producer who had made such albums. About taking Bains's songs and deconstructing them, stripping them down to their most minimal elements, reimagining them, and building them back up again. They talked about closely considering arrangements. Digging into their varied influences. Swapping instruments. Getting high-fidelity sounds. Inviting guest musicians. Incorporating percussion and synthesizers and horns and strings. Maybe even doing a song or two without a blaring electric guitar, or evengaspwithout a guitar at all.

So, that's what they did with Athens, Georgia's David Barbe, whose work with the Drive-By Truckers, Sugar, Son Volt, Vic Chesnutt and countless other artists has earned him a legendary reputation amongst Southern independent rockers, and they agreed to set about bringing this vision to fruition. While tackling such lofty political, historical and philosophical concepts, the album is also the band's most intimate, vulnerable and spiritual to date. The perspective is both outward- and inward-facing, Bains never taking on the persona or experience of others, but rather writing about the way his own limited experience and perspective of the band's place can lift the veils of false narratives, and uncover piles of winding stories through time. Throughout the record, great forceswhether exploitative or liberatory, reconciliatory or confrontational, grand or humble, condemning or merciful'show up in the smallest, most personal moments of our lives and relationships, both public and private. Little by little, we are drawn into a long arc of freedom, justice, and beloved community, and into a celebration of and thanksgiving for those who do its work. Bains uses words like a chef, fusing them together like the chips from a multitude of trees are pressed together into particle board. These are songs that are not just songs, but stories and poetry, as well, and Bains's sense of melody makes the stories into anthems.

One man and his guitar with songs to sing and stories to tell. Unafraid to...

After Emily Brontë Created by inspector sandsAdaptation conceived and developed by Lucinka Eisler and Ben...

90's rave legends QFX (Children of the night, Freedom) head to South Shields for a...

You walk into an old-school bingo hall with gaudy carpets and bright red walls, BUT...

Legend: The Music of Bob Marley

Legend - the Music of Bob Marley is an unforgettable evening celebrating this musical icon...

Join us for an entertaining evening of fantastic live music and fresh wood-fired pizza on...

Known for their nervy, melodic indie rock, Britain's Circa Waves first gained buzz in the...

Dance the Night Away

Enjoy an end of term treat and DANCE THE NIGHT AWAY at the SUNDERLAND EMPIRE...