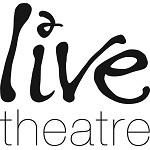 Roger and Harry’s bond is so strong they could be brothers, They share the same food, music, computer games and even dreams, everything other than their race. Roger is black, and Harry is white…but what does that matter, right?

When Roger is rehomed, Harry is left behind in the care system, and these “brothers” grow up in opposite ends of Britain’s social spectrum. Then on Harry’s birthday, Runako (Roger’s reclaimed Zimbabwean birth name) returns for a dream reunion that turns into a nightmare situation.

Nothing’s off-limits, from innocent primary school humiliations to race, privilege, allyship and male vulnerability. Human Nurture is a new play from Ryan Calais Cameron that is full of colour and noise, and a lot of dynamite.

Great North Museum: Hancock's new Librarian, Tamsin, will tell you all about wonderful and exciting...

Step back in time this May Half term as history is brought to life. Enjoy...

Girl From The North Country

THE DOUBLE OLIVIER AWARD-WINNING WEST END AND BROADWAY SMASH-HIT RETURNS TO THE UK AS PART...

Fresh from wowing audiences and critics alike at the London Palladium, Here Come The Boys...

The Da Vinci Code will be performed at Theatre Royal in Newcastle between Monday 1...

Stereophonics return to the Utilita Arena Newcastle on Thursday 24th March 2022 for a...