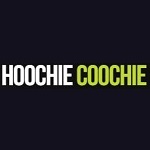 The infamous Haggis Horns hardly need any introduction, having been at the forefront of the UK funk scene since they came to our attention as a horn section on the legendary album Keb Darge Presents The New Mastersounds in 2001. They then went on to form their own full band in 2004 and have three funkfuelled albums under their belt, Hot Damn! , Keep On Movin (First Word Records) and recently released What Comes To Mind (Haggis Records) and have been rocking crowds the world over for years winning fans with their distinctive northern funk sound combining ass-shaking break-beats, afrobeat, soul and hip-hop.

Much is being made of rising starts October Drift. The alternative rock band is enjoying...

The ELO Encounter recreate the sound of the Electric Light Orchestra, a symphonic force majeure...

A lot has changed for Paul in recent years. Join him for his 3rd and...

Who's Afraid of Virginia Woolf?

Don't miss out on the best comedy nights in 2022!South Causey Inn and 'Felt Nowt...

By a moonlit lake, a grieving prince witnesses the transformation of a swan into a...

The Legendary Dr. Neville Staple "From...

The New York Times calls it 'The best musical of this century.' The Washington Post...

Max Bruch Octet for Strings Grace-Evangeline Mason My thoughts fly in at your window Franz...