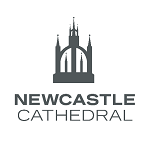 Add to trip
Comedy is great, comedy in a Cathedral is better!

Phil Wang is one of the UK’s most exciting stand-up comedians, who recently recorded his first Netflix special at the London Palladium which was released on August 10th 2021.

He has appeared on countless shows including hosting Live at the Apollo (BBC2), Have I Got News For You(BBC1), QI (BBC2), Would I Lie to You? (BBC1), 8 Out of 10 Cats Does Countdown (C4), Roast Battle (Comedy Central), Drunk History (Comedy Central), The Great British Bake Off: Extra Slice (C4) and appeared as a regular guest throughout series 7 of Taskmaster (DAVE). Previously, Phil recorded a fifteen-minute stand-up special for Netflix as part of The Comedy Lineup, one of only two non-US acts in the series.

The multi-award nominated star’s indecorous brand of gossipy humour has singled him out as one of the UK’s most sought-after talents for comedy and entertainment formats.

Anja Atkinson - Easily one of the most exciting comics in the North East. Anja is a must see rising comic with tonnes of talent!

MC: Hal Branson -A superb MC, actor, writer and stand-up comedian. One third of award winning sketch group Hot Gulp and one whole of myself. Regular at The Stand in Newcastle. Topping this amazing lineup off with one of the best MC's in the country is something you don't want to miss!

You Only Live Once, so you may as well enjoy yourself! With that in mind...

Starting life in 1901, Dr. Martens has become a firm favourite with people from all...

Its Showtime 2022! Summer Show term is fast approaching and this year we are excited...

This modern world does not always seem the place for men of style and vigour...

Dance City is the National dance agency for the North East of England and welcomes...

We look forward to the big reveal of the next Fenwick Christmas Window ahead of...

Head to Mineral House Spa at Crowne Plaza for the best in health, well-being and...

The Greatest Hits of Foster and Allen...

TONY ALLENGREATEST HITS OF FOSTER AND ALLENFoster and Allen have been one of Ireland’s most...